Welsh Rabbit. Welsh Rarebit. Whatever you want to call it, it’s incredibly delicious.

Timbo surprised the Thetford crew at Melbourne Leisurefest, held in October, when he arrived at the Thetford stand with a bag of goodies in hand. The plan: show them how to make the 18th century classic, Welsh Rarebit.

On a low heat, add a small amount of plain flour – a tablespoon or two – to a saucepan along with a knob of butter. Mix the two ingredients.
Take the pan off the heat and add a cup of cheese (shredded cheese works well), a teaspoon of mustard powder, a ‘loving hit’ of paprika, a bit of ground pepper, and a very good dash of Worcestershire sauce. Drop in three teaspoons of Guiness.
Meanwhile, grill one side of your bread. Once grilled, spread the mixture from the pan to the non-grilled side, and then grill the side of the bread with the mixture facing up until done.
Finally, enjoy the jealous smiles of your friends as you devour this traditional Welsh dish. 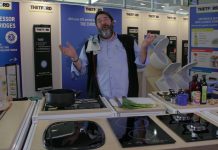 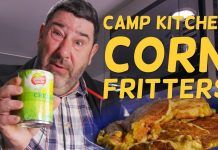 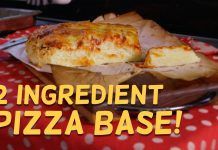