The Victorian caravan industry is mourning the death of one of its stalwarts.

David Millott passed away on November 6 and the family has announced that a funeral would be held for Mr Millott at Le Pine Funerals, Mt Dandenong Road, Croydon, on Thursday November 14 at 2.30pm – industry members are welcome to attend.

Mr Millott was working for ESANDA Finance in 1975 when he decided to pursue his passion for caravans. He purchased a Franklin caravan dealership in Croydon called Caravan Village.

This business in 1983 relocated to its current address on Springvale Road, Keysborough, but is now called Springvale Caravan Centre.

In the late 1970s, Mr Millott, who was on the committee of the Victorian Caravan Trades and Industries Association, was instrumental in discussions with the Victorian government aimed at preventing the introduction of stamp duty on the registration of caravans, which remains the case today.

According to his family, while Mr Millott spent more than the last 12 months as a resident in a nursing home in failing health, all he wanted to talk about was caravans.

He is survived by his wife of 65 years, Betty, and his five sones, Andrew, Steven, Leigh, Greg and Darren, not to mention 20 grandchildren and 31 great grandchildren. 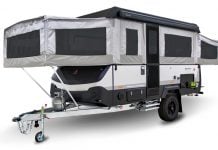 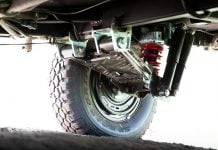 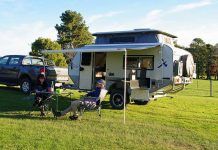 When the going gets Tuff 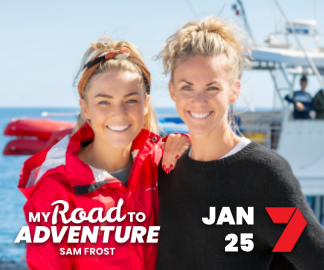