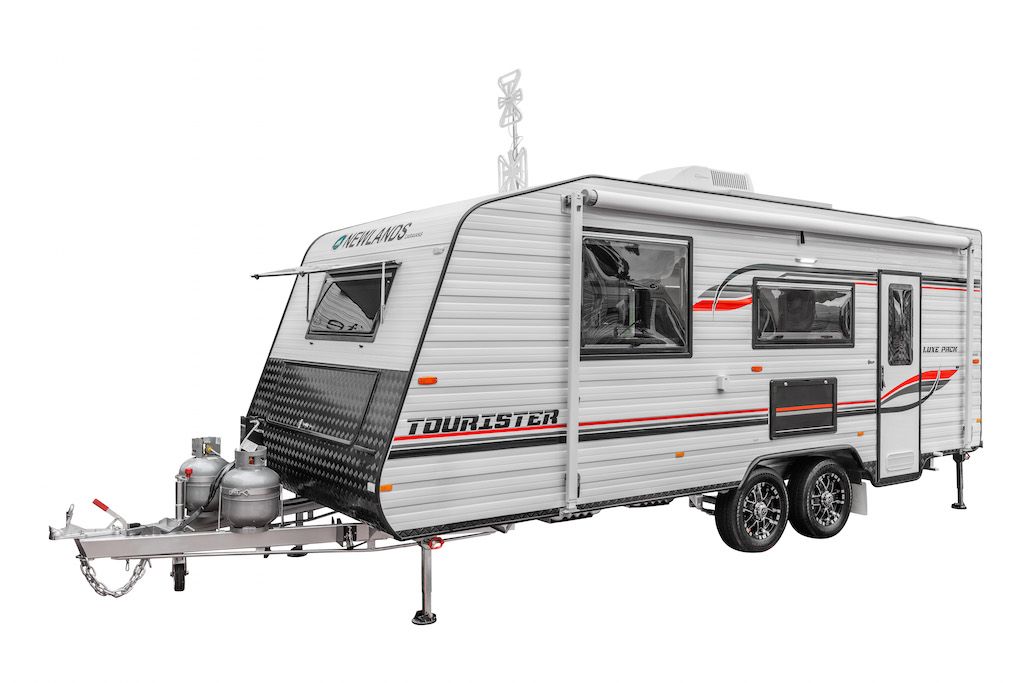 In 510, 610, 628 and 675 configurations, the Touristers have a Tare weight of just under two tonnes and a towball download of 134kg, so a 4WD won’t necessarily be required for towing duties.

The Tourister was launched at this year’s Melbourne Leisurefest, held at Sandown Racecourse in October.

“We were delighted with the response and buyer interest in the Tourister range,” Newlands Caravans director Keir Smith said. “Many commented on the comprehensive standard features, while others were amazed at its spaciousness, given its relatively compact exterior. Its low Tare weight is also a big plus.”

All Tourister models are fitted with a queen-size bed, LED lighting, a four-burner cooktop and grill, along with a 12V rangehood and microwave as standard. 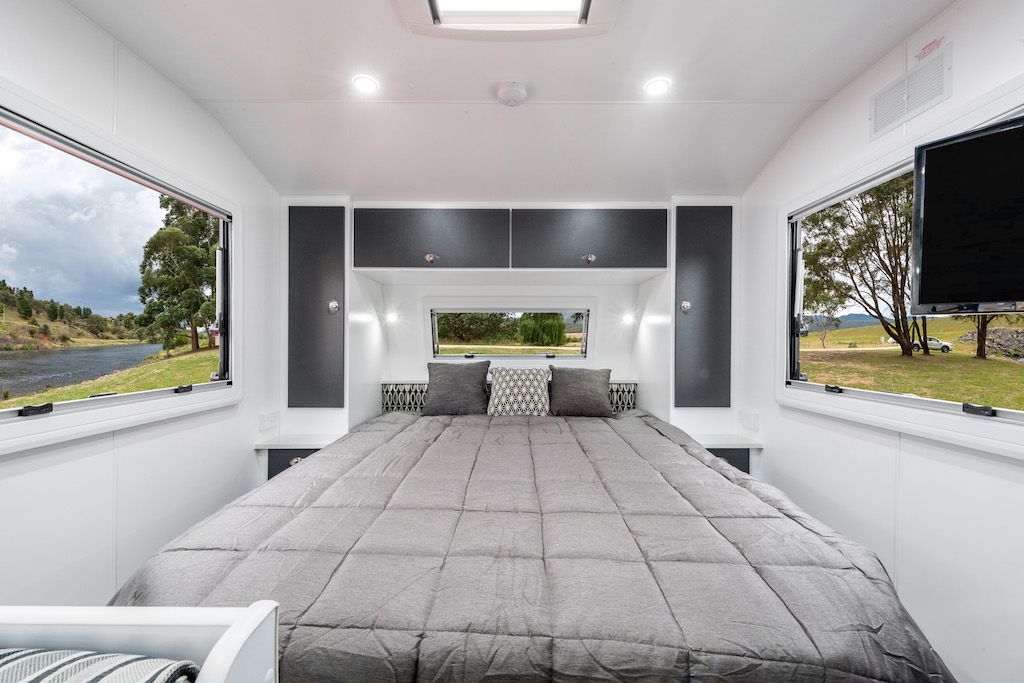 The 20ft, tandem-axle Tourister also has rocker-roller suspension, 15in wheels (with spare), and a 100ah battery pack. 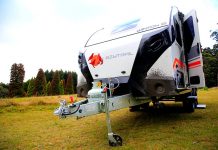