Cruisemaster, the manufacturer of the D035 offroad coupling, is warning the public to be on the lookout for non-compliant, counterfeit copies of the D035.
The fake D035 couplings that have appeared on the Australian market are copies of the previous V2 D035, which ceased production in June 2017 following the release of the V3.
The copies were identified at the Adelaide Caravan Show last month on imported camper trailers. The knock-off D035s were removed following discussions between Cruisemaster and the camper trailer importer; however, Cruisemaster says it’s aware of “people trying to sell the counterfeit copy to other camper and caravan manufacturers”.
Although the fake D035 spotted in Adelaide bore the Cruisemaster logo, it had no manufacturer’s details. According to Cruisemaster, the coupling had also been assembled incorrectly, with the receiver fitted back to front.

“If used on the road, this non-compliant coupling could be a serious safety risk,” Cruisemaster managing director Chris Goddard said. “Cruisemaster products are renowned for their engineering and quality and have to pass the toughest engineering test in the industry before release.”

Cruisemaster is advising anyone who has recently bought or ordered a caravan or camper trailer with a D035 coupling to check that it is the genuine article. If not, or for further clarification, phone the company on (07) 3624 3800. 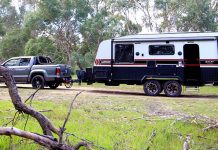 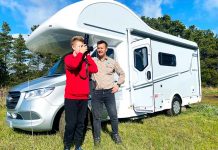