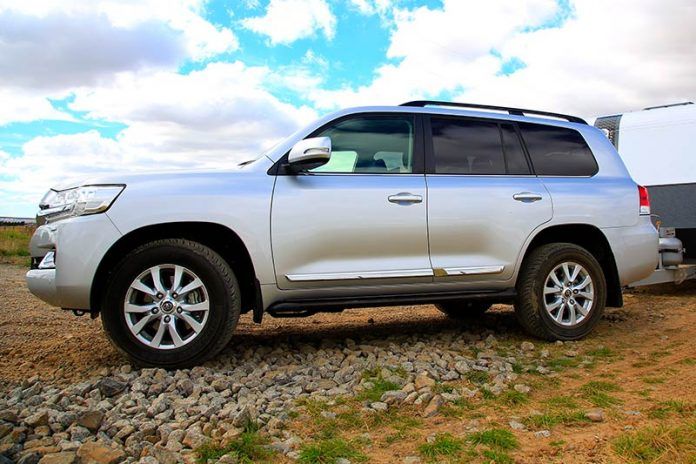 Two of Australia’s peak automotive and leisure industry bodies have moved to allay fears sparked by recent media reports that the Queensland government was about to change the laws concerning upgrading the Gross Combined Mass of 4WDs.

On August 21, the Courier Mail reported that the Queensland government was on the verge of imposing “tough new laws” that would “stop upgrades to 4WD vehicles to allow them to tow larger caravans, boats, horse floats and work toolbox trailers”.

Queensland’s minister for transport and main roads, Mark Bailey, however, quickly issued a statement denying any such changes.

In a joint statement, the Australian Automotive Aftermarket Association and the Caravan Industry Association of Australia said: “The recent media articles … vastly exaggerate the effect of the current federal government rules, which only apply to towing capacity upgrades made on pre-registered vehicles. This has understandably alarmed industry businesses along with their customers.”

AAAA executive director Stuart Charity said “it makes no sense to think that vehicles which are highly likely to cross state lines are subject to different modification rules, and we do want to see the Queensland government take into account the 4WD suspension modification rules that apply in all of the other states and territories”.

“There is currently a disconnect between Queensland and New South Wales on suspension height upgrades and this is of major concern,” Mr Charity said. “But to imply that you can’t upgrade a vehicle in Queensland anymore is simply not true and has caused major alarm amongst that state’s 4WD and caravanning community, representing hundreds of thousands of motorists.”

CIAA CEO Stuart Lamont said: “The modern-day caravanner crosses many state borders and the lack of harmonisation of state-based regulations does nothing other than confuse the market. As one country, the concept of barrier-free travel must be a priority to ensure that the many regional areas that the caravanning community frequents are able to be enjoyed in a safe and legal manner and without frivolous impediment.

“The caravanning community is worth billions of dollars annually to the Queensland economy and political uncertainty over policy does little to stimulate or provide confidence to the 4WD and caravanning markets.”

However, these same rules will no longer cover GCM upgrades. But according to Mr Charity, under state-based regulations, GCM upgrades can be performed on in-service vehicles provided they are approved by a signatory engineer. He said he was not aware of any changes to these rules in Queensland.

“Members of the AAAA perform safe and responsible vehicle upgrades in Queensland and will continue to do so,” Mr Charity said. “The AAAA are working constructively with the Queensland government on its proposed state-based 4WD vehicle modification standards, contrary to what has been stated in several of the recent media articles.

“Both industry organisations (the AAAA and the CIAA) are seeking national uniformity in relation to the highly responsible, effective and road safety-enhancing 4WD modification rules that currently apply across the rest of the country.”