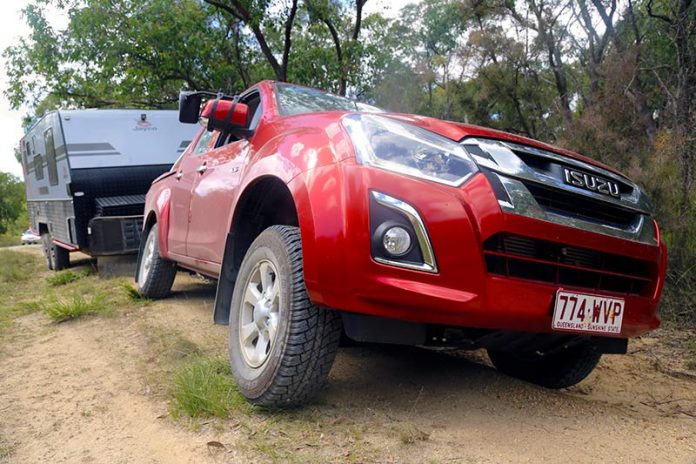 Choosing a suitable tow vehicle for a caravan is just as important as selecting a caravan that best suits your travel needs. The number one requirement is that the combination is 100 per cent legal (compliant), regarding masses and ratings, and provides the best possible safety on the road.

It is a major investment, so take your time to compare a number of different makes and models, particularly noting the various specifications and ratings.

GoRV has provided extensive explanations for the various weight ratings that apply to caravans and tow vehicles, so we won’t do so again here.

The rear-axle rating of the tow vehicle must also be considered to ensure that it is not exceeded. Due to the hitch overhang, the ball loading applies a leverage ‘moment’ (force X distance) such that the additional loading on the rear axle is actually more than the ball loading itself. 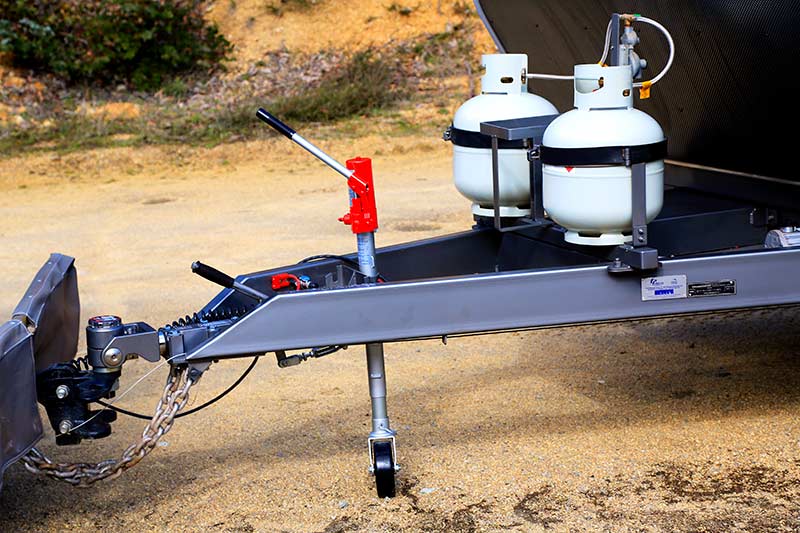 Additionally, the actual ball/coupling load exerted onto the tow vehicle’s towbar at any time must not exceed the downward rating of both the tow vehicle and the tow-bar, which are required to be provided by their manufacturers. It is expected that the caravan manufacturer will provide the maximum permissible ball/coupling load that the vehicle was designed for when loaded in a reasonable and typical manner.

Having a caravan sway – or jack-knife – is an extremely frightening and dangerous situation. There are three major factors that determine stability/handling on the road:

It is absolutely essential that the ‘tail never wags the dog’; that is, it is important that the tow vehicle has the ability – primarily mass – to control the caravan, rather than the other way round.

It is strongly suggested that for added safety and peace of mind, the laden tow vehicle weighs (at least) 30 per cent more than the laden caravan.

Many vehicles will have built-in restrictions, stipulated by their manufacturer, to which you must adhere when towing caravans.

Restrictions: When choosing a new tow vehicle, it is important to obtain – in writing, typically in the vehicle’s owner’s manual – details of any restrictions or conditions regarding towing a caravan.

Is there a stipulated maximum speed when towing? For particular towing ratings, are ‘upgrades’, such as oil coolers, transmissions, brakes and/or suspension components, required?

Rear axle: Solid (beam) rear axles are most commonly used for tow vehicles, so seek some recommendations regarding vehicle handling, tyre life, etc.) if you are considering a vehicle with independent rear suspension.

Suspension: Does the tow vehicle manufacturer (a) require, (b) recommend, or (c) prohibit, the use of rear axle booster springs or airbags? If required for towing, are they to be removed when not towing? If supplementary airbags are fitted, how are they to be attached to the chassis?

Towing aids: Does the tow vehicle manufacturer (a) require, (b) recommend, or (c) prohibit the use of any other towing aids, such as mechanical or electronic ‘anti-sway’ systems?

Engine power: From Isaac Newton’s laws of motion, it must be appreciated that it takes much more time – and much more (over-taking) distance – to accelerate a combination than it does to accelerate just the tow vehicle, over the same speed range.

There is nothing more frustrating, and dangerous, than to be ‘stranded’ with not enough power on tap to get you out of a tight situation.

It is suggested that the ratio of kilowatts to GCM rating (tonne) should be more than 25kW per tonne.

For example, with a GCM Rating of six tonnes, the engine should have a power output of at least 150kW.

Engine torque: Likewise, when towing, you need plenty of engine torque to accelerate quickly. When you compare the performance of different engines, you will see that diesel engines have more ‘low-down’ (rpm) torque available than petrol engines. This permits a faster acceleration from low speeds, with fewer gear-changes required.

It is suggested that the ratio of Newton metres to GCM Rating (tonne) should be more than 65Nm per tonne. For example, with a GCM rating of six tonnes, the engine should have (maximum) torque of at least 390Nm. 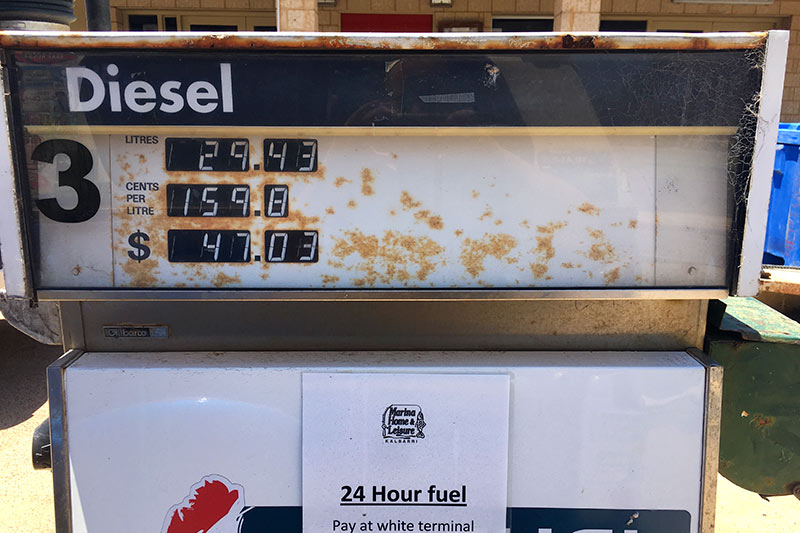 Fuel: While LPG has many financial, technical and environmental advantages, it is not suitable for extended outback travel. The choice of fuel is therefore really between petrol and diesel. Considerations include the costs and availability in different regions of the country, any extra cost of the vehicle, and differences between servicing periods and expenses.

Driving range: Knowing the anticipated fuel economy (litres per 100km), the driving range can be determined by taking into account the capacity (litres) of the fuel tank(s) fitted.

Transmission: Some vanners prefer automatic transmissions because they ‘do all of the work’, and make starting off from rest, especially up a hill, much easier, with no worry about stalling the engine or rolling backwards.

Some vanners prefer manual transmissions as they believe they have more ‘positive control’. Many automatic transmissions also have a manual ‘override’ to provide the best of both worlds.

The choice is personal preference, after evaluating the cost, and fuel economy, of each type of transmission, along with the towing recommendations, or conditions, from the tow vehicle manufacturer.

It is important that the first gear is low (high reduction) enough to enable the combination to comfortably take off from rest up an incline.